Our trade union roots come from the year of 1931, year of the birth of the Federal labour law, with the Constitution of the Union of workers Cuauhtémoc and Famosa, in Monterrey, N.L., on November 5, 1931. The Confederation of Mexican trade union groupings, CONASIM, born on 7 October of the year 2000 and gets his record, granted by the Ministry of labour and Social Welfare, on 8 May 2001, is made up of three major Union institutions: the Union of workers Cuauhtémoc and Famosa, the National Federation of progressive unions "José María Morelos and Pavón" and the Federation of free trade unions.

The Union of workers Cuauhtemoc and Famous

Body Union with vision humanist and with headquarters in Monterrey, new Leon, has in its have more than seven decades of hard work by the improvement integral of the worker and his family, and was born a 5 of November of 1931, making is in an of them organizations workers more ancient in the North of the country.

Little by little, the Union workers it was fortifying and made possible, through the signing of pacts of solidarity and mutual aid, the birth of multiple work communities scattered all over the Republic, which were attached important national plants in the production of beverages, food, packaging, distribution, trade, transport and education.

Former Union schemes offered response bodies of workers with a closed economy. Now, in the 21ST century, and with an economy completely open and globalized, the Union is still spearhead of independent trade unionism and therefore it has striven to create industrial unions, federations and confederations of workers, national.

With this philosophy of trade union work is as the creation of trade union organizations of national scope, that away the fertile Union workers, wise is the National Federation of progressive unions, born on 6 January 1979.

Its arms strong it constitute them unions national of trade, national of education, the Union of workers of Comerdis of West, cast, distribution of beers, soft drinks and other products packaged in the Region lagoon and them State of Durango, sound, Sinaloa, Tamaulipas and low California North and South. 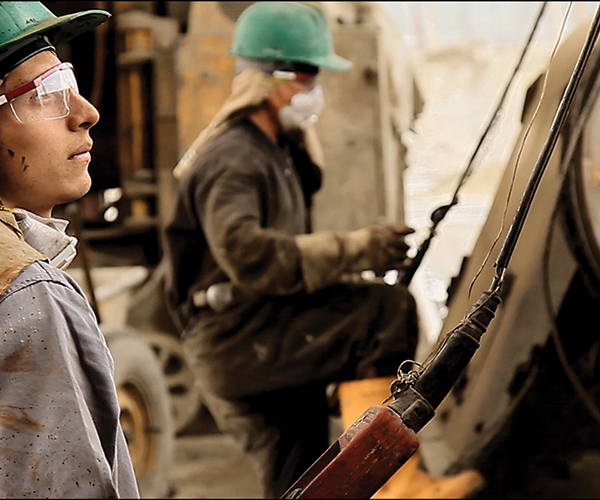 whose Constitution was carried out on June 15, 1988, created with the aim of serving workers, constitute the best viable alternative for dialogue before the different public bodies and private, and fight for the legitimate economic aspirations, of training and improvement of its members.

Them unions national that make up currently the Federation of unions free are, among others: them unions of workers of the elaboration and distribution of drinks, of it industry Metal mechanical and of the steel, of the industry food.


And this is so with the will and determination of these three trade union bodies, decide to unite their efforts and founded the Confederation of Trade Union groupings in Mexico with the aim of having a greater representativeness for its members in the laborer sector national and a voice of greater weight to the various public and private bodies.

The CONASIM has taken as its theme "By an integral improvement" that summarizes the reason for our organizations, their effort and commitment for best satisfactions for our life: as the right livelihood, greater industrial safety, family protection, training, clothing and recreation.

In our work we have promoted:

We have joined our trade union efforts with the MEXICAN TRADE UNION ALLIANCE, ASM integrated by our Confederacy of Mexican Trade Union Groups, CONASIM; the Authentic Confederacy of Workpeople, CAT and the National Federation of Autonomous Trade Union Associations, FENASA, adding up in whole more than one million workers.

Secretary-General Nacional represented by BL. Edmundo Manuel García Santos, is provided with a group of Regional Coordinators and of Area, Advisers Sindicales and Capacitadores Profesionales, which were chosen previously by its experience, study and vocation of service, and they are at the disposal of each of our Sections.

We are immersed in epochs of vertiginous changes, but what will not suffer modifications, is that, here in our Confederacy, we will always have the man, like the beginning and end of the institutions in which it takes part.


Welcome to CONASIM
The Confederation of the new Millennium